IoT IN THE INDUSTRY #2: Smart Metering

India has been a fully electrified country since 2018 when the last of her villages was connected to the grid. Yet, 1 in 5 households receive less than 8hrs of electricity and half of them never get more than 12hrs. While there are many policy decisions and government bailouts trying to fix the ‘Aggregate Technical And Commercial Losses’ (AT&C) which are the main cause of such dysfunction, here we explore the possibility of using an IoT system with analytics to alleviate these issues in the long term. 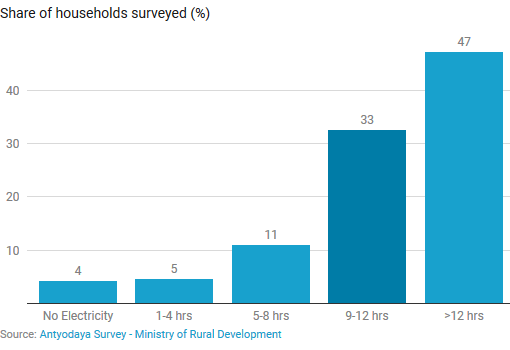 AT&C is the total loss borne by the distribution company due to technical factors (transmission loss, power theft, billing inefficiency) and commercial factors (payment defaults, collection inefficiency). 85% of the Distribution companies (henceforth: discom) in India are unable to reduce these losses enough to qualify for government support and hence never come out of financial trouble.

The issues faced by Discoms are:

The goal is to bring these losses from the current 18.87% to 15% to effectively apply the UDAY scheme (their website shows several interesting statistics). A Smart Power Meter is an effective way of combating almost all the above mentioned issues. 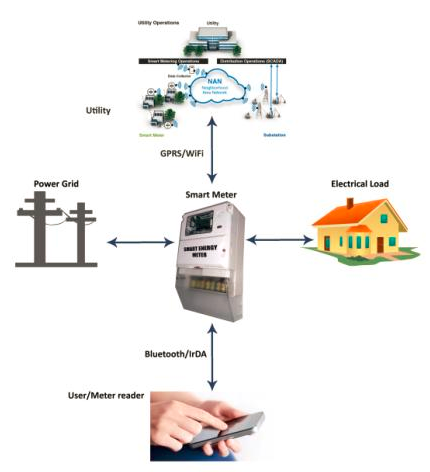 A Smart meter would look no different from the meters currently used in households with the added feature that they communicate in real-time with the supplier and report regularly at short intervals about power consumption and grid parameters. Communication is possible over LoRa, NB-IoT, GSM/GPRS or any suitable network.

The first way in which smart meters increase residential revenue is by reducing incidences of suppressed demand load. Your provider will charge you a certain fixed amount according to the load connected in your home (here are the Domestic Electricity LT Tariff Slabs and Rates for all states in India in 2020). The problem in developing countries is that a home that qualified for a lower slab 5yrs ago might qualify for a higher slab 5yrs later but the discom will never know and continue billing them for a lower slab. As a smart meter gives real time insight into the load connected in a household, everyone will be billed for exactly the slab that they qualify for.

Secondly, Smart meters bring up billing efficiency. Currently average billing efficiency in India is 83% which means 17% of all power used never gets paid for. We are losing enough in the power sector to cover for the country’s 2020 education budget. Now a provider might claim to have 99% billing efficiency with no knowledge of thousands of dysfunctional meters that continue to bill at flat rates. Introducing smart meters will ensure that discoms get all the revenue they need.

Thirdly, smart meters introduce transparency in the system and trust from the consumer. 99% of consumers in UP (both urban and rural) started paying their bills on time after introducing smart meters as they knew exactly how much they had consumed and did not have to wait months for the bill to arrive at their doorstep.

Some of the largest consumers of power are heavy industries where large motors and such inductive loads can bring down the power factor on the line to as low as 0.65. Low power factor means more current is drawn for the same amount of work done which increases losses on the line and increases the gap between generated power and power that is actually paid for.

While there are capacitive load banks available to improve power factor, not everyone bothers to use them. Especially in small and medium scale facilities. A smart meter in such scenarios will warn both the consumer and the provider of power factor dropping below limits for long periods of time. It can also allow discoms to easily disconnect power to repeating offenders till they improve.

Load balancing is another crucial aspect for stability in a three phase system. As we know, a perfectly balanced three phase system will have no current on the neutral wire. Imbalance systems cause losses due to excessive current on the neutral and a voltage imbalance on the phases.which also affects the consumers machinery. Hence, switches are installed between feeders on a line to allow load transfer and maintain balance

Similar to power factor correction, the role of a smart meter here is to monitor and report. Additional features can allow automatic 3-phase load balancing with little additional equipment.

Power produced must be consumed immediately as there is no storage system on an AC grid. This means that generating stations work harder in peak hours. The problem with renewable sources is that they’re most effective at off-peak hours like the afternoon. A time-of-the-day policy is already in use to incentivise commercial users to shift their load to off-peak hours and avail a cheaper rate. This can easily be implemented in the residential areas with smart meters that monitor the load according to the time of the day and bill accordingly. This has the twin benefits of achieving better load factor and using more renewable sources.

Right now, when India wishes to expand her industries and boost the economy, fixing losses in the power sector is more important than ever. Smart metering is no more a luxury or an engineer’s dream but an absolute necessity for us to move forward. The pilot projects in many states have shown promising results allowing many discoms an increase in revenue of upto ‎₹200 per meter per month which quickly covers for the cost of installation and plugs many systemic gaps.

While there are challenges to adoption of smart meters, including the need to install an extensive communication network, set up secure servers for data handling, revamping the back-end software at such a large scale and the effort to replace billion of existing meters – it is a challenge we have to take upon ourselves to keep up with the fast paced world.